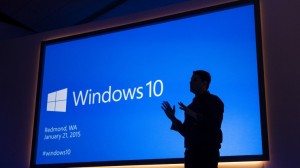 According to Windows chief Terry Myerson, Windows 10 will be a free upgrade for one year, if you already happen to be running either Windows 8.1, Windows Phone 8.1, or Windows 7 operating systems.

This is an unusual move for Microsoft, as there is usually a cost to upgrade from one operating system to another, making it a first for this massive firm. Why are they doing this? More than likely, to get people and companies upgrading their OS more quickly, and get more people using this new operating software, makes sense really.

This free upgrade may also be the end of major OS updates coming from Windows, with the firm aiming to evolve and make the software even better over time, stating “We’ll deliver new features when they’re ready, not waiting for the next major release. We think of Windows as a Service – in fact, one could reasonably think of Windows in the next couple of years as one of the largest Internet services on the planet.”

This could see them, take Apple’s approach of new software updates, which is a massive bonus for everyone that users Microsoft. Let’s face it who doesn’t enjoy regular free updates on their devices?

So, we want to know, will you be upgrading your OS in the first year, while it’s free or will you be staying with the software you currently have? Have your say in the comments below.