I had a call yesterday for a mini phone interview from a tech business mag asking what my predictions were for 2015 in the tech world. After 1o minutes of talking at the young lady on the phone, I realised that I actually had a lot more to say on the subject than I first realised. 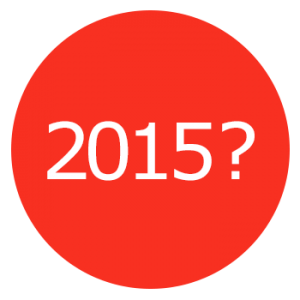 So, here are my Tech and Internet Predictions for 2015;

This is always a big player for us, as its one of the things we truly love to do. Integrate and Automate. I foresee that a lot more new systems, and existing systems in the home and workplace will be integrated with our digital lives, and therefore take on a new lease of life in this internet driven society we live in now.

Chromecast is a great example of this – plug it into any TV to make a dumb tv into a Smart TV and access streaming services, movies and images stored locally on your devices directly from your TV. Amazing.

I predict we will see many other “bridges” appearing, that bring commonplace items into the digital mix allowing you to have a fully integrated home.

Ok, so this is something I am still personally warming to. At the time of me writing this, I would not buy and use a Smart Watch – and that is pretty much the only mainstream wearable tech you can buy at the moment.

However that doesn’t  mean this wont all change in 2015. Products like Google Glass and the Glasses from Atheer Labs will start to become more affordable and people will see a surge of similar products that embrace the technology we have already – but will present it in an entirely new light.

I also predict that many industries will be revolutionised by various wearable products that dramatically improve how they carry out their day-to-day operations.

Being in the tech/internet industry I like to keep an eye on everything, whether thats the latest Payment gateway to hit the streets, or the newest Social Network attempting to prise a section of Facebook’s success from them.

I predict we will see some game-changers emerge next year that hopefully start to pick up pace. That or everyone will just finally realise that Google+ has the potential to be the best social network on the planet! Such a beautiful interface!

Rebirth of the High Street

The last huge revolution in shopping was the eCommerce revolution – and as a result of that “The High Street” has continually declined to the point that most high streets now resemble a scene from a zombie movie.

I predict that 2015 we will start to see the internet bring the high street back to life as more retailers embrace the internet for sales, and utilise their shops for storage, click-and-collect and other “bridges” between the real world and the virtual one.

What do you think 2015 will bring? Comment below and let us know 🙂