The swinging 60’s, a time of political and social upheaval, strife and struggle, free love and consumerism, and before anyone here at Dijitul was even born. Despite the fact that it is before our time though, and long before the time of the internet, it turns out that the 1960’s actually taught a lot of lessons which can be applied to the world of SEO and digital marketing. So, we’re taking a dive into our time machine and looking at #SEOthroughtheages, to see what the time of JFK, hippies and Beatlemania can tell us modern folk about how to grow brands online.

Stay Groovy – Perhaps the most notorious thing about the 60’s was the fashion, ranging from Beatles style haircuts, to flared jeans, flowery headbands, and the notorious tie-dyed t-shirts. Considered something of a norm at the time, many of these items are seen as eccentric and certainly stand out these days, and that’s exactly what your brand needs to do online. Quirkiness, eccentricity and flamboyance (as long as they’re backed up by substance) can make you stand out in the SERP’s and on social media – so don’t be afraid to flaunt it. Competition is massive in most industries these days, so you need to stand out, you need to be different, you need to stay groovy. 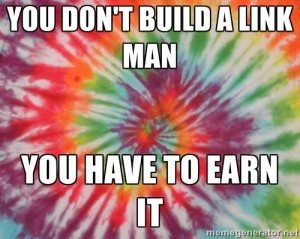 Spread The Love, Man – Following on from the middle class, conservative 1950’s, the 60’s were time for people to let their hair down, and in the face of the Vietnam war, and the struggles of the civil rights movement, the beloved hippie was born! Peace and free love were key to this way of thinking and included embracing others, and having a pretty damn good time too, and that is something which seems to be lost on a lot of people these days. One thing is for sure though, spreading the love can go a long way when it comes to a successful digital marketing campaign, and despite the highly competitive nature of things, building relationships with others is key. Converse with someone on Twitter, let them know your thoughts on their blog posts even if you disagree, share their content or link to them from your website, and they may well just do the same in return, thus helping you get in front of all of their followers, readers and anyone that they influence, who was previously out of your reach. See Rand Fishkins recent Whiteboard Friday for more.

Be Ready For Change – As referred to above, the 1960’s were a decade of massive change in society, and in general every day life. Few in the 50’s may have predicted that come the end of the next decade the contraceptive pill would be available, almost every home would have a television, cars were becoming all the more common, and the face of music would be changed forever with the likes of The Beatles, The Rolling Stones, and The Who carving themselves into history. Similarly, although perhaps not quite on the same scale, 10 years ago an SEO sat collecting hundreds of links per day from massive, submission link directories and reaping great benefits may not have expected the big changes that came along in the search world, specifically Google Penguin. There’s more, how about meta keyword tags? there’s the Google Analytics change to “Not provided” keywords, and the denouncement of guest blogging as a grey-hat-at-best tactic (although that is still questionable). The point is that though you may think that you’ve got your digital marketing/SEO tactics that are working fantastically and that they will continue to work forever, changes come along that very few people would have ever expected, so don’t put all of your eggs in one basket, expand your tactics, cover all bases, and be ready for change.

Aim High (For the moon, perhaps?) – Despite all of the conspiracy theories and doubters, the official word is that humankind touched down on the moon for the first time in the 1960’s (and lets face it, it’s awesome to think we did, even if it was faked). Surely one of the greatest achievements of our species, going to the moon is the ultimate definition of “aim high” – in many different ways! Surely no one thought that such a feat was possible just few decades prior, so to get to that massive rock in the sky which has amazed humans for centuries was a truly monumental achievement, and the product of belief and unbelievable optimism and hard work. This is an admirable lesson which can be applied to the world of digital marketing, never be afraid to reach for the skies and to grow, don’t be afraid to share that article with the massive influencers, don’t be afraid to push on. You may think you’ve plateaued, or reached your maximum potential, but many throughout history have thought the same and gone onto greatness. 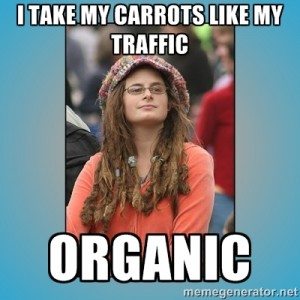 Success Doesn’t last Forever – So, you’re top of Google for all of your primary keywords, traffic is high and conversion rates are fantastic, time to put your feet up and relax? Not so much, because anyone with the unfortunate folly of being an England fan will know that success certainly doesn’t last forever. In one of the countries finest ever sporting moments in 1966, England won the world cup on home soil beating West Germany 4-2 in the final. Bobby Moore lifted the trophy and the inventors of the beautiful game were at the top of the mountain, ready to embark upon generations of success comparable to our rivals, right? Not quite. Sustained success is not a given right and you should never rest on your laurels, especially in the digital marketing world, just because you’ve got traffic/success now doesn’t mean that it will stay that way forever. Even a loyal fan base of returning readers will find somewhere else to go if you don’t work to keep them coming back to fantastic content.

And there we have it, we’re back in the year 2015, you’ve got 4 Facebook notifications, you use super fast broadband and the flared trousers are safely locked away in a cupboard, life is good again! Now go forth and tell the world of what you learnt from the 1960’s, and don’t forget to share what other lessons can be learnt with us in the comments below, or let us know on Twitter, #SEOthroughtheages. Thanks for reading, peace out!

*Disclaimer – This article was written by someone born in 1991, working for a business founded in 2006, who specialise in a platform which came into public life in the mid to late 90’s, any historical inaccuracies are down to incorrect information being posted on the internet, and questionable portrayal of the 1960’s on television. To paraphrase, “I don’t know man, I wasn’t there!”.