Google Have Tested Search Results Without Links, What Does This Mean?

So just like the whole “is guest blogging dead?” debate, Google has now come out with another bombshell and has announced that they have tested a new version of their search engine that completely excludes backlinks as a ranking factor. The instant reaction to something like this coming out tends to be a mixture of confusion, panic, and know-it-all-ism as some people wonder how long before it comes into force, others wildly set about removing every single link from their website as this must mean they’re “bad” now, and others claim that they’ve known this has been coming since 2000 when they bumped into Matt Cutts in an elevator. 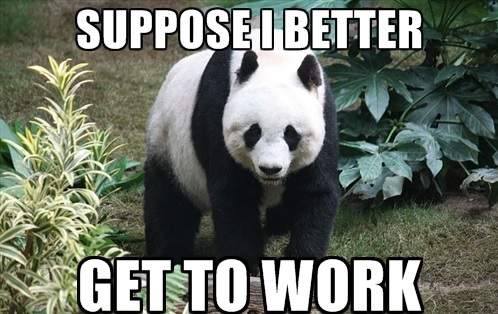 Looking at this latest revelation from a slightly more level headed perspective though, this may even be a good move in the long run, as still today, despite countless warnings from Google that it will not be tolerated, massive amounts of people are still looking to throw a link on to any website, hoping it will give them more authority. A Google where links – at least as far as rankings go – are relatively worthless would certainly force people to change tactics, and maybe thats exactly what Google wants.

For years now there has been talk of the value of a link dwindling slightly as Google tries to force through changes which place the quality of on site content as the key indicator to how high a website should be ranked, but whilst there’s no doubt that content has become a more and more key player (and rightly so) there still is an attitude amongst many, both professional web marketers and general webmasters, that bringing in a new link to your site is one of the very best things you can do if you want to rank well.

So, if Google really are planning to phase out the link as a ranking factor, as they’ve been testing, then how are they going to ensure that people change their marketing focus away from links, in order to make sure that half of the web doesn’t simply collapse when the links that have been supporting them are pulled from under them? Well, call us conspiracy theorists, paranoid or say we’re scaremongering, but given the fact that Matt Cutts was wearing a t-shirt emblazoned with a Panda in the video of this announcement, may just suggest to us that another heavy Google Panda style update could well be on the way in the future.

The Google Panda update of course was an update which came in early 2011, which aimed to penalise “low quality” or “thin” sites that lacked deep, useful or unique content, and from then on it’s been hard to find a marketing forum, blog or Twitter account that has not had the words “content is king” pass through it. So, should Google choose somewhat to “kill” the link, then surely another Panda style update cannot be far away to fully lay the record straight – having more links than your competitor is not enough any more, so focus on what you’ve got on your own site. Something which, funnily enough, seems to line up with the recent “guest blogging is dead” announcement, which also emphasised the message of “focus on putting content on your own website, not someone elses”.

I’m not saying that a world without links completely would be a great thing, we still use gaining links as a marketing tactics – albeit, using the “link earning” tactics rather than traditional “link building” but there’s still something enjoyable about negotiating with a relevant, authoritative webmaster and getting a feature on their website in return for a tweet, share or mention. Plus, even if they were to offer zero ranking value per se, if your link is placed on a high traffic website, the chances are there’s going to be at least a small percentage of people who click through to your website and increase your traffic – so links are never going to be completely redundant.

Now, 660 words into an article may be a little late to mention this, but this is of course all hypothetical, Matt Cutts himself said that Google were “unhappy” with results they got after testing the “no links “ algorithm in private, so for the time being at least the link is here to stay, but the very fact that it’s even being toyed with would certainly suggest some changes are on the way. Even if the link is not completely removed from being a ranking factor there could well be a change in the way it is used, for example looking at how many people actually click on a link to your website, rather than just looking at the quality of the site itself, adding an extra dimension to the “bounce rate/click through rate/satisfaction rate” area of ranking factors – and it would be foolish to forget that links can drive people to your site, to see and share your content naturally, which is what Google longs for!

Overall, who knows what Google have in store for us in the near future? It could go one of many different ways and our theory (Panda style update → Greater Focus On Content → Links used in a different way) is just one of what I’m sure is probably hundreds of predictions out there, but we would really like to hear your opinion on this matter, so please get in touch, either in the comments box below or any of the following methods.

One response to “Google In A World Without Links”